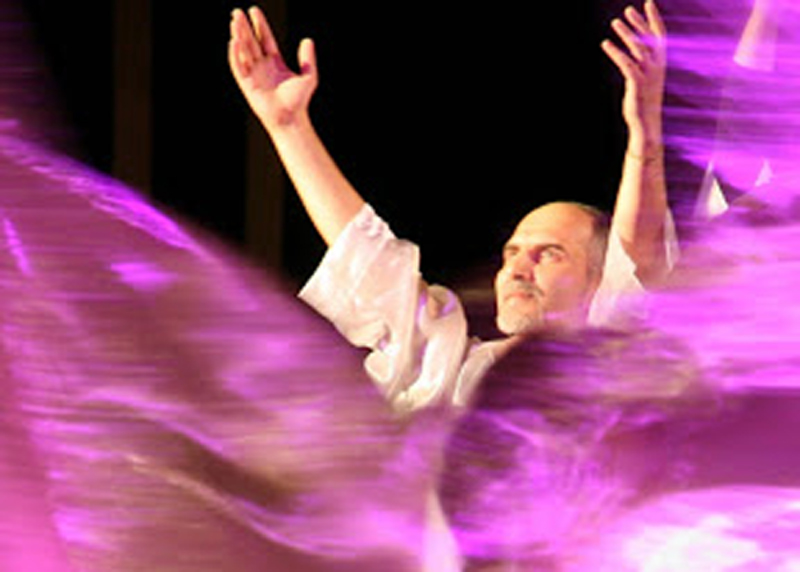 “Sacred is the respect for life.
Spirituality is respect for the essential:
to love life, to love all life.”

Sacred theatre is defined as the <em>antithesis</em> of profane theatre. However, this definition reflects little or nothing of the complex reality of sublime artistic expression, full of transfiguration based on the Divine Laws. This type of theatre is little-known today.

Theatre is a symbol of manifestation, expressing the illusory nature of it. The actor is the symbol of the Supreme Self, personality manifested through an infinite series of states and modalities that can be considered as totally different roles.

In the experiment called “earthly life” everything is subordinate to the process “birth-decay and disappearance.” From this constant movement is no escape, it is the first and last feature of every existence.

Sacred Theatre aims to discover and express the eternal, sublime, divine aspect of existence in Creation.

Sacred Theatre’s goal is to reveal the mystery of life and seek answers to the “eternal questions”.

The ephemeral is expressed through the veil of the artist’s emotions, his subjective interpretation of the reality is almost continuously changing according to their moods, desires and inclinations. His level of consciousness is the degree of illusion of his understanding of his own life and the entire event.

Theatre predates beliefs and dogmas. It is as broad as life itself merged together with human being. The eternal nature of movement forms birth-maturity-decline and makes us believe that our life becomes a giant theatre scene. This theatre has all the elements of dance, music, celebration, psychology and healing. The basis of this theatre is transfiguration, seeing beyond the “three dimensional reality”

The actor is a true bridge between invisible worlds and palpable experience.

He knows the worlds beyond and respects the laws through which you can contact them consciously. He does not retreat himself into “the beyond” but rather develops his ability to bring the imperceptible into our world, so that we can experience it with our gross senses. “His magic” is performed through invocation; using their knowledge of the laws which govern the subtle worlds.

The actor of Objective Art is a channel for transmitting esthetic tastes in its archetypal form. He lives in the trance of being present in a parallel invisible world. In this “other reality” he can see everything, decide and operate at will without prejudice, without any agitation of his mind.

His perception is more complete due to his higher level of consciousness.

The artist is in continuous transformation and inner growth.

He knows from experience that the only reality he is capable to transmit authentically is his own, personal example. This gives his force of attraction: his charisma.

We use cookies to ensure that we give you the best experience on our website. If you continue to use this site we will assume that you are happy with it.Ok